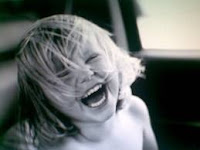 Right off the bat, let me say that my expertise on this subject is a little shaky. I am not a person that easily laughs at himself. As the youngest of four boys, I grew up pretty insecure and self-conscience. I’m still that way in many ways. So when I’m less than perfect, which is most of the time, it bothers me.

Of course, we’re all insecure in some area of our lives. This side of heaven, by ourselves, we’re all incomplete. And our kids are too. And as they grow, their inquisitive eyes watch us to see how we deal with the void. It’s important that they see us yield to something bigger than ourselves. When we can laugh at ourselves, it means our security is valid enough to handle the mistake or trial.

Now, the Lord has been chipping away at me on this issue for 52 years. He’s been teaching me over and over that it’s not what I do, but who I am in Him that really matters. That hit home especially hard a month ago when, after 30 years, the Doulos Ministries Board made the decision to shut the doors of the Doulos campus in Branson. Financial difficulties necessitated that Doulos consolidate everything to the KC campus. I had the option to make the move, but the Lord said stay and opened an amazing door for me to be the associate pastor at FBC Branson. He closed a door so that he could open a door. It all makes sense now, but four weeks ago, I was struggling and life was difficult.

So, when we make the mistake or life deals us a blow, it’s OK. He is absolutely secure when I’m insecure. So why not laugh? Abraham, 100 years old, and Sarah, 90 years old, were very retired, using AARP and a million miles away from thinking about babies. Then Sarah got pregnant. God had even told them a year earlier about the plan. But when the trial came and they had a son, they named him Isaac, which means laughter. Of course, it was hilarious and funny. They weren’t angry or confused. So they laughed.

And it’s a laughter that is freeing. Because, though I made the mistake or am dealing with the trial, it’s OK. Something bigger overrules and I’ll be all right. Next time you lock the keys in your car, take a deep breath, let the smile come to your face and laugh. Sure, it’s an interruption, but if “God causes all things to work together for good…” then the delay has a reason.

Be sure and model that laughter for your teen. Let them see you go through the difficulty and pray for the joy that doesn't take life too seriously.

Then, when, not if, the hard times come, you can point to our loving God, and smile as the baseball sails over the fence.

©Copyright. With the exception of “guest posts” written by others, I own the content on this Web site. It is copyrighted in my name. I want to strike the appropriate balance between getting my content widely distributed while at the same time protecting my intellectual property rights. Thanks in advance for your cooperation. Without My Permission You are free to do the following without my permission: • Link to my site or any specific post on my site. • Extract and re-post less than 200 words on any other site, provided you link back to my original post. • Print off my posts and photocopy up to 50 copies for internal distribution within your own company or organization. • Print my posts in any non-commercial publication (e.g., company newsletter, church newsletter, class syllabus, etc.), provided you include this copyright notice: “© 2010, Joseph Staples. All rights reserved. Originally published at www.parentingyourteen101.com.” Not Without My Permission You must have my express written consent to do any of the following: • Re-post one of my posts in its entirety anywhere else on the Internet. • Use this content in for commercial purposes, including selling or licensing printed or digital versions of my content. • Alter, transform, or build upon this work.