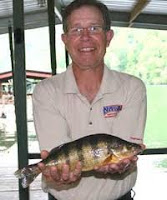 Our good friend Vince Elfrink was healed last night. His loving wife and family and many more have been praying since he was diagnosed with a brain tumor a year ago that he would be healed. I’m glad to report that he is 100% healed and in the arms of our loving God. This life is very short, but the next life is very long. Though we will miss Vince greatly, I am so glad he’s at peace. Vince was and is very special for many reasons.

Vince was a servant. His eyes were off of himself and on to others. He was quick to anticipate what someone else needed at the expense of himself. Getting the credit was not important to Vince but he did care whether the other person got their due. He was a giver and because of his character, he received everyone’s respect.

Vince was a competitor. My greatest joys with Vince were playing racquetball or softball or anything competitive. He was an excellent athlete and never gave up. Sometimes, when he was down by a bunch of points in a racquetball match, he would pause before he served. He would turn around with that Vince smile and say. “are you worried yet?” Then he would turn around and serve his great serve. He taught me how to win and lose with class.

Vince loved his family. His wife Jo Beth and his kids were his true banner. His office at CofO was filled with pictures of all the kids at all ages. He was so proud of them, not just for their awards but mostly for who they are. He loved to tell stories about them and build them up. His wife Jo Beth was his true life mate and he lit up when she was by his side.

Vince loved God’s creation. He was an avid hunter and fisherman and loved being in God’s creation as much as sporting in that creation. Many people were guided by Vince and loved the time with him. My best memory was lying face down in the middle of a wet field waiting for a fierce thunderstorm to pass over us. Lighting was striking all around and it was scary. But when the storm passed by, Vince jumped up and said,”this is going to be a great hunt”. I don't think we fired our shotguns that day, but the time with Vince was great.

Vince was humble. He honestly cared more about the other person getting the credit than himself. He loved being in the background making the event happen. He never needed the accolades to know that he was serving his purpose. He humbled himself and in that was highly exalted.

Vince loved the Lord. He had (and has) a personal relationship with Jesus Christ, His Savior. He was not shy about His faith and through the trial of this tumor, Vince never shyed away from God’s plan through it all. As I was driving him up to one of his chemo treatments, he commented, “I’d sure like to get better, but I know God is in control.” He lived his life by that creed and he went to heaven with that creed.

Many of you reading this didn't know Vince, but please tell his story to your families and kids. Men of faith, like Vince, leave an eternal mark on every life they touch. They even leave a mark on those they’ve never met. His life was touched by God and his character ripples on.

We all will miss Vince greatly, but look forward to a grand reunion again one day.

No more worries, my friend.

Thank you so much for this post. Vince was a cousin and childhood friend. Vince's love of life left a huge impact on me. Even though the years and distance separated us, on the rare occasions that we did see each other,it was like we picked up where we had left off. His faith in God was so strong that he didnt have to say anything you just knew it. All the years growing up, I dont know if I ever saw him without smile. I will miss him greatly but knowing he's with Our Father makes the grieving easier. Thank you again.

Joey, thanks for putting into words the way so many felt about this amazing man. What a legacy he has left for those who knew him. Whether being a close friend or acquaintence it was easy to see the integrity this man had and the love for the Lord and his family. I can close my eyes and still see his HUGE, BEAUTIFUL smile.