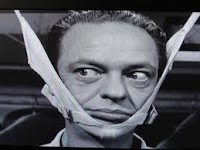 “The integrity of the upright guides them…” –Proverbs 11:3

You know I love the Andy Griffith show and I would never make fun of Barney or talk disparagingly of the Darlin family. The show is masterfully written and the vast majority of the shows teach excellent lessons about the importance of truth, the value of friendship and how important it is to put others above self. But a few episodes aren't exactly “above board.” Perhaps the writers were having a bad day. I’m not sure. And I sure wouldn’t “black list” these episodes, but I would take the time to explain an alternative sub-plot to your kids.

One such show was “Barney’s physical” and it originally aired on September 24th, 1964 (47 years ago - Wow)! On the occasion of his fifth anniversary on the police force,  Barney learns that in order to pass the mandatory state physical for the deputy's office, he must weigh more and be taller. Barney turns in his resignation, but Andy and Aunt Bee try to stretch him and fatten him up. When he's still two pounds underweight, Andy finds a unique solution to the problem and Barney passes the physical.

By the way, here’s a great trivia item to watch for the next time you see this episode: in the opening scene Barney is trying to get Andy to remember what important event happened to him 5 years ago today, May 16th. Later that day, as Aunt Bee, Thelma Lou, Floyd, and Opie are making preparations in the courthouse for Barney's 5th Anniversary surprise party, the one-page calendar next to the gun cabinet clearly displays MAY 15. Thirty seconds later they all hide in the back room just a few seconds before Barney walks into the courthouse. A moment later, when they all rush out with the cake and holler SURPRISE, the calendar mysteriously reads MAY 16. And no one had the opportunity to tear the MAY 15 page off.

Now, back to the episode. It’s Andy’s solution that presents the problem. You’ll remember that Barney got the hiccups, which prevented him from being able to eat and gain weight. His height was okay from using that strange contraption in the closet… “You kids get on outa here. What’s the matter with you? Haven’t you ever seen a person with his head in a harness before?” However, his weight was too low.

The letter from the State police about the mandatory physical said, “Wear your regulation whistle and chain.” So Andy put a huge, heavy towing chain underneath Barney’s uniform and when he weighed in, he passed. Andy’s logic: “the weight rule wasn’t fair, the rules called for a chain, so I’ll bend the rule.” And it worked. Lesson learned: “If you don't like a rule, bend it and make it work for you.”

I wonder what would have happened if they would have explained their problem to the state officials? Would they have made an exception? What if Barney would have started eating again when the hiccups stopped? He could have passed the exam later. Better lesson learned: when there’s a roadblock to a desired goal, follow the road of integrity. The project may take a bit longer, but any goal met through honesty is a goal worth reaching.

The end never justifies the means. People of integrity see the means as the end. Teach your kids, “How we get there does matter.” In today’s world of politics and sports, winning is all that matters. Teach your kids that it’s important how we succeed. Teach them to be truthful, honest, real and above board.

Then, whether they pass the physical or not, they’ll “pass the integrity test.”