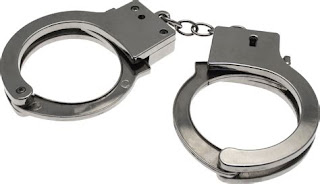 I remember in fifth grade trying to capture rabbits in the woods near our home in Fort Worth. I asked for a cage trap for my birthday. I filled it with food to attract the rabbits and gave it a few days in the woods behind our house. I even chained it to a tree so it wouldn’t be stolen.

Two days later, when I went to check it, the trap was gone. Someone had cut the chain and taken it.

Thoughts can be even more difficult to capture. As Paul was trying to help the Corinthian church grow in their faith, he challenged them to “capture their thoughts.” There is no sin in the initial thought, but at that intersection of thought and reaction, I make a choice: will I bring the thought before the Lord, that He might lead me in integrity in how to react, or will I just let my flesh react? At that point, if I give it over to Him, He provides direction- if I’ll let Him!

It’s hard to capture and give it over.

What an important intersection! For most people, the gap between the thought being triggered and me choosing how I’ll react is a billionth of a second. Our flesh is severely reactionary. The brain chemicals take over and we react so quickly. But, there is a gap. And how I navigate that “gap” makes all the difference!

It’s hard to see the gap.

The challenge is that when we have a reactive thought (that we recognize in our soul) we choose to throw the hand cuffs on it and “capture” it. And then we bring it before the Lord using the beautiful vehicle called prayer. Then we submit our thought to His obedience and will. But it takes discipline to capture it. Yes, it’s 100% on us but somehow our flesh wants to put it on the other person. “Sometimes you make me so mad,” we might say to a friend. But truth is, no one can make us angry. They can sure press our buttons, but we make the choice as to how we’ll react. We are 100% responsible for our reactions.

It's hard to capture our thoughts.

So, may we be super intentional about out thought life. This side of heaven, managing the collision between our flesh and spirit is part of navigating this life. Paul spent so much of his time writing about all of this to the churches of the New Testament. He knew that if people would bring their baggage to Christ, then the church, made up of those people, would flourish.

May we be a people who recognize our curious thoughts and intentionally take our captured thoughts to our loving Lord. May our dependance be on Christ alone, as I rest in Him.

Because it’s easy to rest when I’m captured by Him.