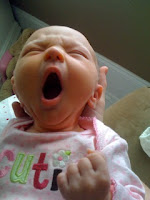 “Yet those who wait for the Lord will gain new strength; they will run and not get tired” –Isa. 40:31

I had a crazy weekend. Maybe life is just crazy! Certainly, for anyone who has the privilege of being a parent, it’s even crazier!

The past week had been a great week but really busy and I was tired. I came home Friday night ready to chill, eat dinner and watch the Cardinal game. But when I walked in the garage, I encountered a mess! Jeanie had been to the store and the washing machine liquid soap she’d put I the back seat had fallen over and spilled on the carpet in the back of her Honda. I spent 2 hours trying to get it out of the carpet. It was hot and I was grouchy. With the help of a shop vac, I finally got all the soap out. And the Cardinals lost.

I slept OK, then got up to the cut the grass Saturday morning. Half way through the process, the mower died. I spent 3 hours working on the mower and never could get it to run. I had the carburetor and other parts on the driveway. Pretty impressive but it made no difference. The mower was toast. I borrowed a mower and finally finished the yard much later than expected. The Cardinals lost again.

Sunday, church was wonderful, but then I spent nearly the whole day helping with a project over at Doulos. I enjoyed the time, but never got to my weekend list of projects. The Cardinals lost again!

Legendary coach Vince Lombardi once said, “Fatigue makes cowards of us all.” I was worn out coming into the weekend and what should have been minor issues became big issues. I became a coward and a whiner.

I was reminded of the story of Elijah in 1 Kings 18 and 19. With God help, he defeated 850 prophets of Baal in a huge way. Victorious (and probably wiped out) he used his remaining energy to outrun King Ahab’s chariot 17 miles down the mountain. Elijah would have been a phenomenal cross-country runner.

Then, an angry Jezebel threatened him and the fatigued Elijah “is afraid.” Remember, fatigue brings out our worst. Defeated, he ran to Beersheba (I bet he ran really slow), hid under a tree and was depressed. He had relied on God’s protection for 3 ½ years! But now he was relying on himself. God met him and restored him, but not before he’d spent wasted days in self-pity.

None of us run well when we're tired. Sure, sometimes life is just hard. Sometimes, circumstances are just crazy. But more times than not, I have contributed greatly to the chaos. Too often, I’ve gone too hard and neglected necessary “gaps” in my schedule. We all need times to exercise, read and spend time with Jesus. Then, when the craziness hits, we’re ready to run.

Can God supply supernatural strength for us all the time? Sure, He can, but He probably won’t. Just as Jesus Himself needed time “on the other side of the sea”, so it is with us. We’re limited to finite earthly bodies that need proper rest and nurturing.