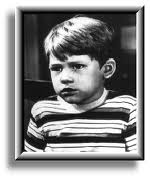 Someone said life is all about how we handle winning and losing. Perhaps the greatest lesson we can teach our kids is how to suffer loss and disappointment. No lessons are needed for success (except maybe humility), but in the losing department, teens need to be trained in losing well.

It was time for the Annual Sheriff’s race day and Opie was excited. Barney promised Opie that if he trained him, he would win a medal in the 50 yard dash. “You let ‘ole Barney ‘the Rabbit’ Fife train you and you’ll win a medal for sure,” Barney said. Opie prayed that night, “Lord, if you let me win, I’ll take my medal off for my bath.”

Finally, race day came and Opie lost badly. Opie was disappointed and sulked on the couch as Andy came to talk to him. “It’s important that you tried. It’s important that you know how not to win,” Andy said. Opie replied, “I don't want to be a nice loser, I want to be a good winner. My friends beat me and they’re not my friends anymore. They got my medal.” Andy replied, “then I’m disappointed in you.”

Opie later came to Andy and apologized. “Pa, I don't understand why I’m supposed to be happy about losing.” Andy replied, “You don't have to be happy about it, but you need to be a good loser and congratulate your friends when they win.”

Of course, here’s the catch: we can't teach well what we haven't learned ourselves. And in the area of winning and losing, most adults haven't learned much at all. Just watch a professional sport tonight. It doesn’t matter which one really. Chances are, you’ll observe some matured grown millionaire athlete throw a temper tantrum over a missed call. Or you might see fines levied toward an aging coach for throwing a water cooler on the baseball field.

When my son Eric was in 3rd grade playing basketball on a neighborhood team, he had a game north of Branson in Ozark. One Saturday afternoon, he had a game against a team that had an irate coach. The kids were small and having fun, but the opposing coach began to lose it. With every foul called, he got louder and angrier until finally he charged the referee. The game was cancelled and the confused kids left the court. Kris, the kids’ excellent coach, explained to them what had happened and that the coach was in trouble because he wasn’t nice to the referee.

These incidents happen all the time. Maybe not to that degree, but often kids are witnessing adults being poor losers. It’s the subtle times that we communicate the most to our kids. It’s the drive home from the basketball game when we say, “that ref stunk, those judges gave really low scores, or that umpire was blind.” Funny that we never say those things when our team wins.

Instead our teens need to hear us speak encouragement. “Tough loss tonight, but you all played really hard.” Or even, “not our best game tonight, but glad we get to play this weekend.” If your kid didn't play well, chances are he already knows. Don't remind him.

Yep, medals are a blast. But most of us won't win one most of the time. Our “medal” needs be the knowledge that we gave our best with what God gave us. Teach that to your kids.

Even Barney can't improve on that!