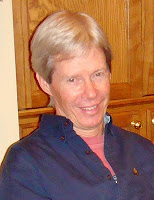 My brother-in-law, Brian Beadle, is a career missionary in Botswana, Africa and has been living with us in Branson for the past 6 months. First Baptist Church Branson is his home church. When he gets a furlough every few years, we are so thankful that he comes to live with us when he is stateside. He heads back to Africa this week and, though he’s excited to return, we are sad he’s leaving. But he’s headed to where God has called him and when someone follows God’s lead, it’s always the right choice.

Brian leaves a legacy behind for all of us. I love his laughter and even his warped sense of humor. I love his cooking, though his southern Louisiana upbringing puts a lot of spice in his food. And I love his vocabulary and his “twists” of the English language. But more importantly, he also leaves a spiritual and character legacy for us.

He is faithful. Brian is someone I can count on and trust. There are only a few men in my life that I want in the trenches with me in battle and Brian is one of those men. I am confident that he “has my back” and chooses to see the best in those he loves. His word is as good as gold. When Brian says he’ll do it, he does it.

He is above reproach. Brian has a good name. He’s not perfect, but integrity is very important to him. He has set up accountability in his life to keep his way pure. He has invited men into his life to hold him accountable in life. Brian recognizes that leadership in his life guards him.

He is gentle and kind. He would be the first to deny this one as his transparency sometimes makes him frankly honest. But his heart is soft and he’s “other-centered” in his devotion to others. In one of my favorite John Wayne movies “the Cowboys,” one of the kids is defending John Wayne when he says, “Oh, he’s quiet. It just comes out loud.” I think Brian thinks he’s hard. But he’s really a softie. His soft and gentle spirit enables him to have compassion on others and to apply the love of Christ to those he encounters.

He is a true friend. He is an encourager and challenger and is not afraid to speak the truth in love. I have watched him truly die to himself and serve and give. He regards others as more important than himself. He has told me what I didn't want to hear. Maybe I didn't like it at the time, but I’ve thanked him for it later. True friends do that often.

He is a giver. He truly regards others as more important than himself. A few years ago, we got to visit him in Africa and I watched his giving spirit with the people of that culture. They respect and love him dearly. He freely gives of his possessions and his time.

There are many more qualities I admire in Brian. But mostly I’m just thankful he’s my brother and friend. Yes, I’m sad he’s leaving but I’m also excited because he’s going home. God has uniquely gifted Brian to reach the Setswana people of southern Africa and so he must go.

We love Brian and hope to see him again soon. May our loving God bless you, Brian.

You have quite a brother-in-law there, Brother Joey. And so does Brian.