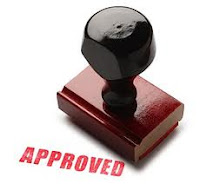 “So whoever knows the right thing to do and fails to do it, for him it is sin” –James 4:17

Right and wrong. In this relative and tolerant world we live in today, it’s more difficult than ever to get consensus on what is right and what is wrong. Everything seems to be fair game to any opinion. But kids today want to know what is right and not just any old standard will do. The greatest justification for any behavior for any kid is whether their parents are doing it. Every child believes subconsciously that if mom and dad are doing it, it must be OK.

Does that put pressure on us as parents to get it right? You bet. Being a parent is a huge responsibility. Sure, we’re going to make mistakes. But the key is that we’re trying to get it right. It’s patterns of negative behavior that can be destructive for our kids.

Now let me assure you that the son or daughter of a bank robber is not destined to become a bank robber. Patterns of behavior can always be changed. But there has to be a “counter justification” to the behavior of mom and dad. If a parents example is less than “right”, other people in that child’s life can make all the difference.

I remember my father telling me once why he quit smoking in 1966. Like most adult men, he had smoked most of his life. When the medical world determined that cigarettes were hazardous to health, he gave up the habit. As a physician, he felt he was contradicting his profession. But more importantly, he shared that he couldn’t expect his kids to avoid smoking unless he avoided it too.

As an amateur student of history, I have read several books about Robert E. Lee, the famous commander of Confederate forces during the American Civil War. He was far from perfect, but he did have unusual popularity with his troops. One example of why he had the love and respect of his soldiers had to do with his sleeping quarters. While most commanders lived in the relative comfort of houses, Lee insisted on living in a tent like his troops. In that way, he communicated through his actions that not only was he over them but he was with them.

Pray for an attitude of humility and wisdom with your kids. Let your actions be your directive. Remember that what you say has much less of an impact than what you do. Your kids are taking mental notes on what they see you do and filing those memories away for future reference (and justification).

Respect your children’s individual differences but guide them in life choices using God’s wisdom and the Bible as your guide. Don't let media be their standard. Instead, counter the world’s negativity with God’s promise of abundant life to those who follow Him.

Begin each day with a reminder that, in this crazy world, we are the role models our kids need. Pray for wisdom and humility in raising kids.

Even if that means sleeping in a tent…