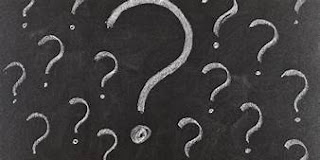 The book, My Utmost for His Highest, was published after Oswald Chamber’s death in 1917. His wife Gertrude Hobbs compiled the passages after his death from her shorthand notes of Oswald’s sermons. It was given to me in high school and I’ve been reading it most mornings for 45 years!

Today, my words are taking a back seat to the words of Oswald Chambers, as it relates to this season of the Coronavirus. This is indeed a strange season of isolation and fear, but as always, God is here and at work. May we all gain strength through the words of one of my heroes, Oswald Chambers.

By the way, years ago someone re-wrote “My Utmost for His Highest” in simpler language to make it easier to understand. It was given to me and it still sits on the shelf. Oswald’s words (beneath, but similar to scripture) are sometimes hard to understand. But it’s good for our lazy minds to wrestle with truth.

Gracious Uncertainty
By Oswald Chambers
"…it has not yet been revealed what we shall be…" —1 John 3:2

•Our natural inclination is to be so precise– trying always to forecast accurately what will happen next– that we look upon uncertainty as a bad thing. We think that we must reach some predetermined goal, but that is not the nature of the spiritual life. The nature of the spiritual life is that we are certain in our uncertainty. Consequently, we do not put down roots. Our common sense says, “Well, what if I were in that circumstance?” We cannot presume to see ourselves in any circumstance in which we have never been. Certainty is the mark of the commonsense life– gracious uncertainty is the mark of the spiritual life. To be certain of God means that we are uncertain in all our ways, not knowing what tomorrow may bring. This is generally expressed with a sigh of sadness, but it should be an expression of breathless expectation. We are uncertain of the next step, but we are certain of God. As soon as we abandon ourselves to God and do the task He has placed closest to us, He begins to fill our lives with surprises. When we become simply a promoter or a defender of a particular belief, something within us dies. That is not believing God– it is only believing our belief about Him. Jesus said, “…unless you…become as little children…” (Matthew 18:3). The spiritual life is the life of a child. We are not uncertain of God, just uncertain of what He is going to do next. If our certainty is only in our beliefs, we develop a sense of self-righteousness, become overly critical, and are limited by the view that our beliefs are complete and settled. But when we have the right relationship with God, life is full of spontaneous, joyful uncertainty and expectancy. Jesus said, “…believe also in Me” (John 14:1), not, “Believe certain things about Me.” Leave everything to Him and it will be gloriously and graciously uncertain how He will come in– but you can be certain that He will come. Remain faithful to Him.•

It is said that much of Oswald Chamber’s thoughts were molded during the hardship of World War One, as he was stationed as a chaplain to British troops in Egypt. Much like the Pandemic, the times were difficult. His dominating truth was that our wonderful God rescues us while we’re in the difficulty, not necessary out of the difficulty. Like the Apostle Paul, this was carved into the character of Chambers, in the midst of trial.

God is carving (better, is trying to carve) that into our characters during this difficult season. Might we all surrender to His providence and grace.

Thank you again, Oswald Chambers, for speaking to our hearts.