How Great is Our God? 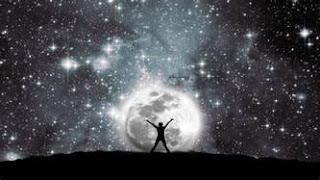 Isaiah 40 In trying times, like we're in today (of course, when are there not trying times!)it’s important to remember that our God is mighty! He has proven Himself over and over! His wonderful creation is our best reminder… •Drop an anchor in the pacific Marianna trench and an hour later it will hit the bottom- 7 miles down. The oceans of the world contain more than 340 quintillion gallons of water, yet God holds them in the hollow of His hand Is. 40:12, "Who has measured the waters in the hollow of His hand, and marked off the heavens by the span, and calculated the dust of the earth by the measure, and weighed the mountains in a balance and the hills in a pair of scales?" •The earth weighs six sextillion metric tons, yet to God it represents but dust on the scale Is. 40:15, "Behold, the nations are like a drop from a bucket, and are regarded as a speck of dust on the scales; Behold, He lifts up the islands like fine dust" •The known universe stretches more than 30 billion light years (200 sextillion miles), yet to God that great expanse represents but a “breadth of his hand” A hand’s width, 40:12 •It takes 80K years to get from one end of the Universe to another… 10 million years to get to the farthest we can see… That same Universe contains at least 100 billion galaxies, each made up of approximately 100 billion stars- yet God knows them by name Is. 40:26 "Lift up your eyes on high and see who has created these stars, The One who leads forth their host by number, He calls them all by name;Because of the greatness of His might and the strength of His power, not one of them is missing" HOW GREAT IS GOD TO YOU?

One of these lines might look shorter than the other. But they are both the same, regardless of how we see it. God is mighty and huge, regardless of how we see it! Ask yourself these questions: 1. How do I limit the strength of God? 2. Could He really be larger than I can imagine? 3. Why do I limit His might? 4. Would it be like for me to trust in His strength today? 5. What would it be like for me to replace the fear with faith in Him? Spend some time in prayer, thanking our mighty God for His grace and love and might… “But now, thus says the LORD, your Creator, O Jacob, and He who formed you, O Israel,“Do not fear, for I have redeemed you; I have called you by name; you are Mine!” -Isaiah 43:1
Posted by Joseph Staples at 11:32 AM