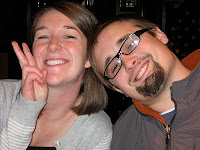 “Be angry and …be kind to one another, tenderhearted, forgiving each other, just as God in Christ also has forgiven you” -Eph. 4:32

This is the last discussion on anger and how to deal with it in a healthy way in our families. We’ve discussed stuffing and shifting anger. And we explored putting away our anger lest it develop into deeper anger.

Today we conclude the discussion on anger: putting on.

Paul emphasized that we need to put away negative emotions. But he concludes Chapter 4 in Ephesians with a challenge to put on the 3 positive things. Paul is reminding us to be angry and don't sin, then move on and put it all away; then put the top layer of icing on the cake by doing these things for that family member.

First, Paul says to put on “kindness to one another.” That’s the Greek word Chrestia which means “to help someone suitable for a need.” In other words, reach out and help the very person with whom you were angry. Yep, things were pretty tense a few hours ago. Yep, it took some time to work through the issue in love. But past is past. Now is now and there’s no better way to show love than by being kind. You know your family well. You know your teenager- do something kind for them.

Secondly, Paul says to be tenderhearted. That’s the Greek word eusplanchnoi. It means to “show affection.” Apparently doing something nice is great, but having a soft heart towards that person means I’m not afraid to show affection. Give your unhuggable teen a hug. Deep inside, he’ll like it and others will notice it too.

And lastly, we’re challenged to forgive one another. It’s the cherry on top. It’s the word charizomai, which is “being gracious as a favor.” When we forgive, we show grace. When we experience grace, we’re gracious. Our teen hurt us badly, but we’ve worked through the issue. It's in the past. Now we need to forgive and move on. Why? Because that’s what Christ did for us.

Paul said in Eph. 4, “be angry but do not sin.” He literally used the word orge which means “to be stirred up.” It’s helpful when used in a constructive way, but potent when negative. Every family deals with anger. It’s not a matter of “if” but “when.” Using the anger in a constructive way then putting it away helps produce peace in the home. Putting on an attitude of forgiveness and kindness helps maintain that peace in the future.

dad, I loved this series on anger. such a great reminder!! thanks for always sharing your wisdom. The Lord sure speaks through your blog to me everyday! (as silly as that may seem.... HE can still work through a silly ole blog) love you!